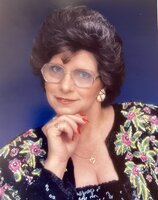 Elizabeth "Betty" H. Perona, 76, of Elwood passed away on Monday, June 20, 2022 at AtlantiCare Regional Medical Center in Galloway Township. She was born in Philadelphia, PA, raised in Weymouth and has lived in Elwood for fifty years. Before retiring she was along with her husband John at Mike's Auto Parts. When her children were younger she volunteered with the Girl Scouts and the Brownies and she also volunteered as a candy striper at Kessler Memorial Hospital. She enjoyed crafts, ceramics and dancing. She and her husband owned race cars and they spent much time together at Pleasantville Speedway. She was predeceased by her husband, John A. Perona, her fathers, Ralph Steelman and Paul Caywood, her mother, Rose Caywood, her brother, Ralph Steelman, and her sister, Paula Povernick and her adopted son, Carl Rothenberger.. She is survived by her daughter, Kimberly D. Perona-Scarano (Rob), her adopted daughter, Sue Mastrario (Mike), her grandchildren, Steven J. Davis, Stephanie M. Davis, Robert J. Scarano Jr. (Brittany) Amy Lyn Scarano, Sarah Cook, Suzie Mathis (David) and Sami Mastrario, her brother, Paul Caywood Jr., her sister Rosemarie Conaghy, sister in law, Kitty Steelman and eight great grandchildren. A memorial celebration of Betty's life will be held on Saturday, July23, 2022 from 2:00 PM - 6:00 PM at the Weymouth Volunteer Fire Company, 7372 E. Black Horse Pike, Mays Landing, NJ 08330 and everyone is invited to attend and wear blue which was Betty's favorite color.