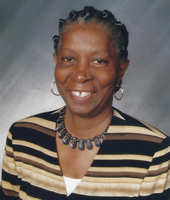 Geraldine Stalling, 82, passed away peacefully at her home on June 2, 2021. She was born in Philadelphia, Pennsylvania on September 18, 1938, the daughter of Ella Erwin and Walter Utley, Sr. As a child, her family relocated to South Jersey. She attended Vineland High School earning her high school diploma in 1958. Upon graduation, Geraldine began working at Ancora Hospital for several years before becoming a school bus driver for Buena Regional School District. After leaving the school district, Geraldine became a supervisor of transportation for the Golden Nugget Casino in Atlantic City for several years before continuing her career in transportation with Leisure Line Bus Company. In 1983, Geraldine accepted a position with New Jersey Transit Bus Company and continued to work there until her retirement in 2001. Geraldine loved to travel, crochet and spend time with her family and friends. She was always overjoyed to see her grandchildren as she would make sure she did her best to attend every birthday party and spend as much time as she could with them. In her teenage years she met a young man, Eugene Stalling, who would eventually become her husband. After dating for several years, they married on December 31, 1962, a union that would last for almost 59 years. With her marriage to Eugene, they had two sons Derek Levin (Rochelle) and Darrin Lamont (Nicola) who she cherished with all her heart. Geraldine is preceded in death by her husband Eugene, her brothers James Washington, John Washington, Sr., John Erwin, Jr., Walter Utley,Jr, George Utley and her sisters Betty Jean Washington and Ina Utley and her granddaughter Shawntay Hinton; she is survived by her two sons Derek and Darrin, her brother Frank Erwin and sister Elaine (John) Murphy, 10 grandchildren: Rochelle, Rashanda, Anthony, Shyniquia, Denise, Derion, Layla, Charles, Sahmaria and Tylah and a host of nieces and nephews. Graveside Services will be held Friday, June 11, 2021 1:00 PM in Greenmount Cemetery, 124 S. First Road, Hammonton, NJ.