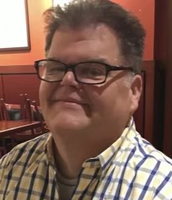 William L. Burns, 56, of Hammonton passed away on Saturday, April 17, 2021 in Virtua Hospital Marlton Division. Born in Norwood, MA he was raised in Foxboro, MA. His job at Harrah's Casino brought him to this area. He worked for Harrah's as a dealer for 20 years. Most recently he has been working as a residential supervisor for Kintock Group in Bridgeton. William was an avid New England Sports fan which included the New England Patriots, Red Sox's and Bruins and Celtics. He loved his family, they were his everything. Time spent with them gave him the most pleasure. William was predeceased by his infant daughter, Marjorie Burns, his father, Philip Burns and his brother, Phil Burns, Jr. He is survived by his wife, Diana Burns (nee Jordan); his two sons, Liam Burns and Colin Burns of Hammonton, his daughter, Megan Burns of Grafton, MA; his mother, Virginia Burns of Plainville, MA; his brother Kenneth Burns and his wife, Maria of Hanson, MA and he was an uncle to several nephews. Funeral Services and Burial will be announced and held in Massachusetts at a later date. Memorial Donations maybe made to the American Heart Association (heart.org) or to Diabetes Research Institute (diabetesresearch.org)