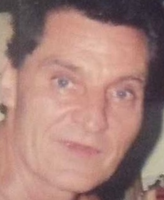 Jay A. O'Neil, 57, of Winslow passed away on Sunday, August 18, 2019. Born in Camden, NJ he was a longtime resident of Winslow. Jay worked as a truck driver and in the construction industry most of his life. He enjoyed hunting, fishing, camping, going to the beach, and spending time with his family and friends. He was predeceased by his parents, Jonathan and Jean (Weatherby) O'Neil, his brother, Jack O'Neil and his sister, Beverly Zucconi. Jay is survived by one brother, Gary R. O'Neil (Nadine), three sisters, Jeanie O'Neil, Jackie Bates (Russell), Ollie O'Neil and his sister in law, Karen O'Neil. He is also survived by many aunts, uncles, nieces, nephews, cousins and friends. A private funeral service will be held at the convenience of the family. In lieu of flowers donations may be made to the, Winslow Methodist Church, P.O. Box 85, Winslow, NJ 08095. Arrangements by the Carnesale Funeral Home in Hammonton